Romances with an Edge is about the West, family, friendships, nature, and the ultimate challenge of finding that one person who completes us, with whom we are willing to face the challenges that always come.


The books below vary for 'heat' level, if you find a story that interests you, look for the hearts. Most books have some mild profanity and violence. I won't say it'll never happen but so far none of my books reach ♥♥♥♥♥.

♥ ------holding hands, perhaps a gentle kiss
♥♥ ---- more kisses but no tongue-- no foreplay
♥♥♥ ---kissing, tongue, caressing, foreplay & pillow talk
♥♥♥♥ --all of above, full sexual experience including climax
♥♥♥♥♥ -all of above including coarser language and sex more frequent

Currently, all paranormal novels are in Kindle Unlimited, where there is unlimited borrowing for members.

Oregon historical romances
The four novels follow one family, the Stevens, from their travel west on the Oregon Trail into the settling of Oregon.  Three sisters and their mother face the challenges of making a home in a new land and falling in love with men-- not always easy to love.
Round the Bend-- 1852: wagons head out on the Oregon Trail. Amy is naive  about what   love might be-- Matt disillusioned. Young love faces many challenges with death the greatest.
Where Dreams Go-- 1855: Martha is a widow and does not expect the return of a man who presents temptations she'd forgotten, but he's too young for her. Will he be there for her if she disappoints her children and accepts his offer of marriage?
Going Home-- 1865: Raine thought she found love but the Civil War intervened. Now he is back and heading for his Eastern Oregon ranch. What's she to do? She's not a ranch type woman.
Love Waits-- 1867: Belle is in Eastern Oregon on a mission for the Pinkertons, which might be at risk when she sees the cavalry officer she's been unable to forget. Between conspiracies and Indian wars, this isn't a good time for love.


Arizona historical romances
Beginning with one outlaw, the O'Brian story follows brothers and one daughter. Book 4, as a novella, provides a bridge to the Taggerts. All of the books share some characters as friends or family.

Arizona Sunset-- 1883: Abigail is dissatisfied with her life but did not have in mind quite the change that one outlaw brings when he turns her world upside down.
Tucson Moon-- 1885:  Priscilla is not going to fall in love with a man who wears a gun, not even if he's a lawman, but she'll help him when his small daughter arrives. Their closeness leads to the inevitable.
Arizona Dawn-- 1898: With a university degree, Grace returns to Tucson, all grown up and ready to fight for the man she loves, who is back from war.
Rose's Gift (n)-- 1899: Widow, Rose receives a proposal, but that's not possible at her age. Ollie finds his life complicated by the arrival of a secret.
Echoes from the Past-- 1901: Holly comes to Tucson to organize an archaeological dig-- not to fall in love. Vince is too old and has lived too hard a life to ever see it possible with this educated and rich woman.
Lands of Fire-- 1902: Lily finds artistic inspiration when she moves to Tucson to be close to her sister-- that and a lot more with Jesse, who might seem slow in some ways but is fast as lightning in others.
Bound for the Hills-- 1905: Wilhelmina rents a mountain cabin and shockingly discovers the hero of her dime novels is a real man, and he's not pleased.
Frederica's Heart (n)-- 1905: Frederica needs to find her daughter. Meeting a real life retired (mostly) outlaw is the help she needs-- in more ways than one.

Historical Contemporary
books set in an historic period but generally WWII and after
Luck of the Draw-- 1974: Billy Stempleton, bronc and bull rider, comes to Pendleton for the Roundup and meets someone, who will change his life.

Contemporary-- Western romances
Set in the American West-- Oregon, Arizona, Nevada, Idaho, and Montana, these stories are romances with danger and suspense. Whether set in a city or on a ranch, they all share the themes of great westerns with challenges to face.
Desert Inferno-- Landscape painter, Rachel O'Brian finds a dying man on her family's remote desert ranch and Border Patrol comes to investigate. Set in Southern Arizona
Evening Star-- When Portland attorney, Marla Jamison, meets Randy O'Brian, she wants nothing to do with the younger, handsome cop. What we need and want, aren't always the same thing.
Bannister'sWay-- David Bannister has been undercover before but when he takes a job in Oregon and reconnects with his artist wife, Raven, undercover takes on a new meaning. David was in Desert Inferno. Characters from Evening Star are in this book.

Moon Dust-- For her health, Susan needs a divorce. Dane, a Portland high school principal is facing more than heartbreak as tensions with a militia leader escalate.
Second Chance-- Psychologist Barrett juggles being a single mother and an invasive ex. She cannot afford the complications a truck driver, animal rescuer,   much younger man would bring to her daughter or her. This book follows up secondary characters in Moon Dust.

Hidden Pearl-- Architect, S.T. Taggert needs to find his sister who apparently joined a dangerous cult. He doesn't want the complications of a beautiful photo-journalist.
Her Dark Angel-- Katy has come to Reno to help her uncle while his receptionist is out. Dill, because of a perilous situation, is determined to make her visit a short one. Beauty better be prepared to fight for her beast if she wants a happily ever after.  Book set in Reno, Portland and Tahoe.

From Here to There-- A wedding that is a mistake (maybe) and two marriages are part of Rocking H ranch life in Montana where a dude has to prove himself if he wants his bride to be his wife.
A Montana Christmas (n)-- Can a family heal from years of dysfunction? Christmas may not be the easiest time to find out. Following up on  From Here to There with a continuing love story.

Paranormal Romances
Set in the deserts and mountains of the West, the stories explore the 'other' side as ordinary people come up against what is anything but ordinary.  A bit metaphysical, a bit paranormal and a touch of fantasy all within a love story.
Sky Daughter-- When Maggie returns to the mountains of Idaho to heal from losses, she learns her family isn't what she believed. Even more unexpected is Reuben. There is a hidden enemy that goes beyond the physical.

Diablo Canyon-- combining in one book the following 3 novellas. Set in Montana ranch country, with the spice that the novellas do not have.
When Fates Conspire (n)-- All is not as it seems when star-crossed lovers meet after many years and are ready to break the rules to be together. This is going to take some supernatural help.
The Dark of the Moon (n)-- He sees and talks to the other side. She has a ranch to operate and a son's death to grieve. With a human enemy aided by demonic powers, they are facing more than either imagined. Their spirit guides have their hands full.
Storm in the Canyon (n)—Being a spirit guide apparently isn’t all that is possible for Racine. She is needed to combat an old evil returned to again kill and control the human race. Falling in love with a human wasn’t in the plan—or was it?

In the Hemstreet Witches Series, four sisters and their mother use the powers, with which they were born, for good. Evil always lurks. The novels run 60-70,000 words.
Enchantress' Secret—Denali is asked to do a favor for her mother and help solve a murder. The main suspect, an ex-SEAL and successful painter has his own secrets, but none are a match for Denali's.
To Speak of Things Unseen—Elke believes she can help people better understand those with natural born spiritual powers if she can convince a writer to more widely share his book on the supernatural world.
A Price to be Paid--Devi hasn't come to terms with being a witch or using her powers. As youngest of four sisters, she's living at home but wanting her own life. What that will be is debatable when she is offered a marriage in name only-- and then everything changes.

Women Starting Over Series
When life throws a woman an unexpected curve, what will she do?
Diana's Journey (n)-- Leaving Chicago, Diana and her two Chihuahuas travel the West in an RV. She's not looking for romance but it might find her.
Posted by Rain Trueax at 8:51 AM

A Price to be Paid - link 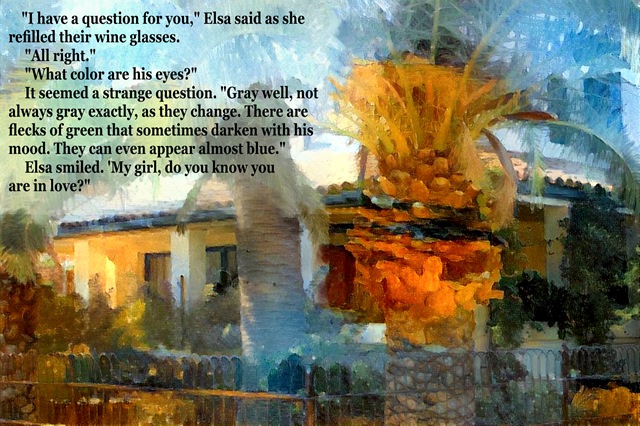 A Price to be Paid at Amazon

A FEW REVIEWS OF THE BOOKS

ROUND THE BEND
In 1851, childhood friends Amy Stevens and Matthew Kane travel with their families in a large wagon train bound for Oregon. Matt has long known he loves Amy, but she’s only ever harbored brotherly feelings for him. As the massive trek begins, Matt makes his intentions known, but Amy rebuffs him. However, once the seeds of awareness are planted, Amy discovers that her attachment to Matt gradually begins to change. When Matt’s vengeful brother starts trouble, Amy is forced to hide the budding relationship because Matt insists on protecting her reputation. With compelling and likeable main characters, colorful and well-drawn secondary characters, and immersive descriptions of the Oregon Trail, Ms.Trueax has crafted an epic novel that will pull you in, slowly but surely. You won’t soon forget Matt and Amy, or their bumpy path to a happily-ever-after.

ARIZONA SUNSET
I am not a reader of "romance" novels. Having said that, I am almost finished with this book and I have enjoyed it very much. I look forward each night to crawling into bed to see what Sam and Abby are up to. She is a prim gal, for sure, and he is lust incarnate. I think the author has done a great job in creating all the characters (of course I love Ollie) and you've covered quite the range of human behavior. It's not what I expected from a "romance" novel, and I'm quite pleased. It's a fully fleshed out story, full of details of the natural world and social and domestic life of the times. I'll be reading more from this author -- I especially enjoy her intimate knowledge of the flora and fauna of the southwest. And, of course, the dynamics of love relationships. 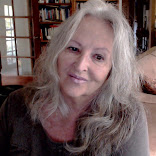 Born in the Pacific Northwest, growing up in the foothills of the Cascades, Rain Trueax has always loved learning, nature, ranching, art, family, and her writing, which brings it all together. In her early 20s, she wrote her first full length novel, but didn't submit it anywhere for publishing. It set a pattern of writing novels but not attempting to get them published. Her interests remain historical, contemporary, suspense, and paranormal romances-- all based in the American West. She is a member of RWA, PAN, Women Writing the West, and Saguaro Romance Writers.

She writes from her family sheep and cattle operation in the Oregon Coast Range, a desert home near Tucson, Arizona, or from a small RV somewhere in the inter-mountain west via satellite link.With her husband of over 50 years, Ranch Boss, she has two grown children, and four grandchildren.

In the romances, whether historical, contemporary, suspense, and paranormal, the underlying themes are the values of generosity, hard work, courage, community, and living true to oneself—all the while intertwining the complications of physical attraction, sexuality and outside challenges, whether, malicious or societal.

These are romances with an edge, stories of love involving adventure and danger. Other than novellas, her books are generally spicy (between 3 and 4 on a scale of 1-5). Characters sometimes use strong language, as suits the action.